Put on your favorite costume to trick-or-treat at this Halloween-themed event at Magic Kingdom park with frightfully delightful treats, grim grinning ghosts, eerie entertainment and Disney Characters that go bump in the night. Mickey’s Not-So-Scary Halloween Party 2019 kicks off Aug. 16, 2019, with events held on select nights through Nov. 1, 2019.

Mickey’s Not-So-Scary Halloween Party 2019 is already a must-do experience every fall at Magic Kingdom® Park, and it’s even more so this year with the debut of the incredible new “Disney’s Not-So-Spooky Spectacular,” a new interactive treat trail at Monsters Inc. Laugh Floor® and attractions updated with new Halloween twists. Now, we’re excited to announce even more to look forward to with some great additions to “Mickey’s Boo-to-You Halloween Parade!” 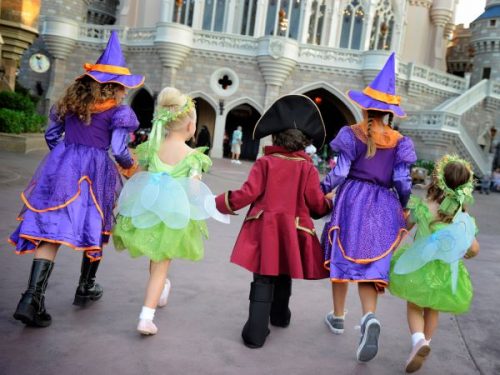 Presented twice nightly during Mickey’s Not-So-Scary Halloween Party 2019, “Mickey’s Boo-to-You Halloween Parade, brings forth a cavalcade of fiendishly fun floats as each land of the Magic Kingdom comes together to celebrate Halloween. The second running of the parade seems to be the most favorable one. 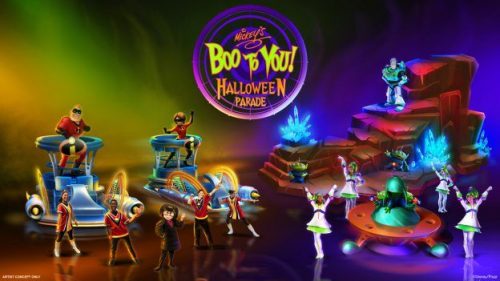 The parade opens with a flurry of favorite Disney friends, including Mickey Mouse and Minnie Mouse in all-new Halloween costumes, as they trick-or-treat down Main Street, U.S.A. Representing Liberty Square, the Haunted Mansion unit features Hitchhiking Ghosts and a new addition, the spectral Bride, who glides among the waltzing spirits.A new Tomorrowland unit brings The Incredibles and designer extraordinaire Edna Mode to “Mickey’s Boo to You Halloween Parade,” followed by Buzz Lightyear and Alien explorers discovering crystalline treasures on the surface of a planetary playset float.

Of course, no Halloween parade would be complete without candy. Wreck-It Ralph, Vanellope von Schweetz and the girls from Sugar Rush make sure there’s plenty of sweet stuff to go around! Pirates sail in from Adventureland, Clarabelle Cow hosts a square dance during a Frontierland® hoedown, and a wicked assortment of Disney Villains reigns over a Fantasyland-inspired grand finale. 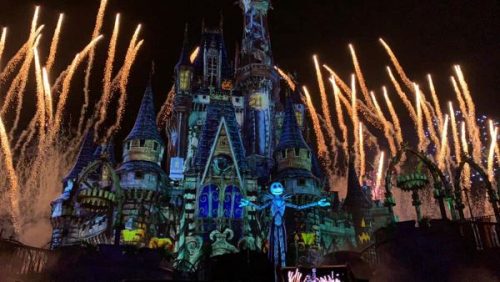 Disney’s Not So Spooky Spectacular is a Halloween firework show which premiered on August 16, 2019 at Walt Disney World’s Magic Kingdom. This all-new nighttime spectacular replaces the aging Happy HalloWishes and features projections, lasers, lighting, and a cool cameo appearance. Serving as host of Disney’s Not So Spooky Spectacular Halloween Fireworks is Jack Skellington from Nightmare Before Christmas. Jack’s ghost dog, Zero, flies off to lead Mickey, Minnie, Donald, and Goofy on a trick-or-treating adventure as they’re drawn into a mysterious haunted house. The journey takes them from one room of the house to another, encountering dancing skeletons, waltzing ghosts, and a series of troublemaking Disney villains.

This is a separately ticketed event and can’t be used with a regular Disney World ticket. Although Orlando Ticket Connection is not selling these tickets this year we do have amazing Discount Disney Tickets.